Get fresh music recommendations delivered to your inbox every Friday.

There Will Be No Peace 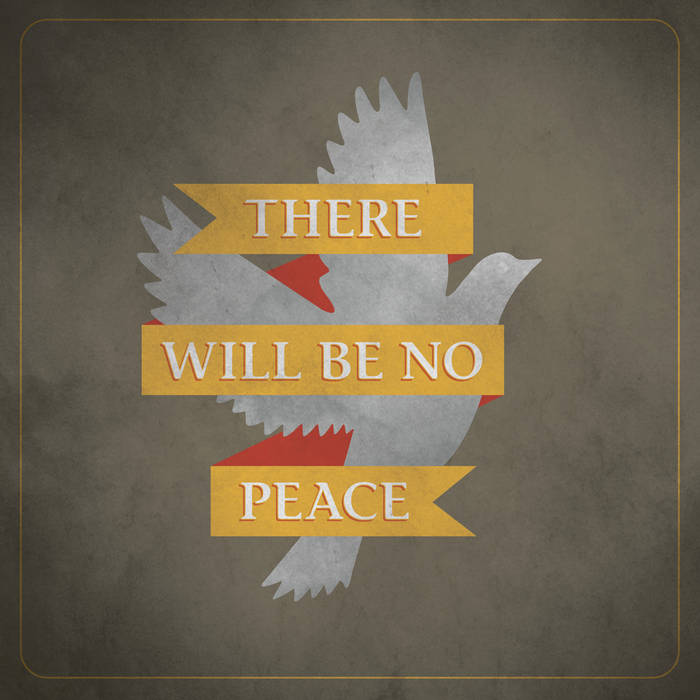 In their second full-length offering, The Angelus tells a foreboding and despairing narrative through carefully interwoven compositions of dark hymnal slowcore. Embroidered by emotional intensity and hopeful fortitude, the North Texas trio takes the listener on a soaring journey that is visceral and melancholic in its uncompromising beauty. This album is captivating and rewarding. The sonic prose herein is, indeed, a telling of coming times - There Will Be No Peace.

Pressed on 200-gram, translucent beer & mustard yellow wax and features heavyweight die-cut jackets with sleek printed innersleeves. This is an album that was truly meant for vinyl.

"At once crushing and soaring, visceral and divine, The Angelus return with their most inspired effort to date, a whelming juxtaposition of distorted beauty with melancholic pop that transcends territory echoing at its most aggressive, Neurosis, and at its most graceful, a western-tinged incarnation of The xx, while maintaining the integrity of being uniquely their own. This album is marked with grit, resounding experience, and all that is human...a tender document of the soul. From "Thunderbolts I Scatter" to its title track, "There Will Be No Peace" is a landmark work from one of the hardest working bands of our time." - R. Loren (PYRAMIDS/ Handmade Bird Records)

"This is music delivered from the heart, a broken one perhaps but one swollen with the experiences of love, loss and grief. Texas music has been important to me for many years, because within the often painful battles between God, devotion and man, that inhabit these songs, there is a core of hope & faith. A band that I am certainly grateful for. "
- Simon Raymonde (Cocteau Twins / Bella Union)

"The Angelus: There Will Be No Peace, is a haunting mix of lush and powerful drum/bass/guitar foundation with Emil's beautiful croon over top. In uncertain times, this album makes the forecast of 'No Peace' seem palatable as long as it sounds like this!" - Eric Pulido (Midlake)

"Yet another fine collection of prayers on fire for the dead and dying gods sent up from Emil Rapstine's growing tower of song via The Angelus.
They descend, scatter, and intercede. Hallelujahs abound for there will be no peace. As I live and breathe, praise Him indeed, at least for these. Amen & Godspeed!" - Josh T Pearson (Lift To Experience)

All songs by Emil Rapstine & The Angelus

Pretty. Bleak. Those words encapsulate the sweeping and majestic sounds that build like storm systems and burst into bone-rattling sonic downpours that the Dallas, TX trio The Angelus summon up.